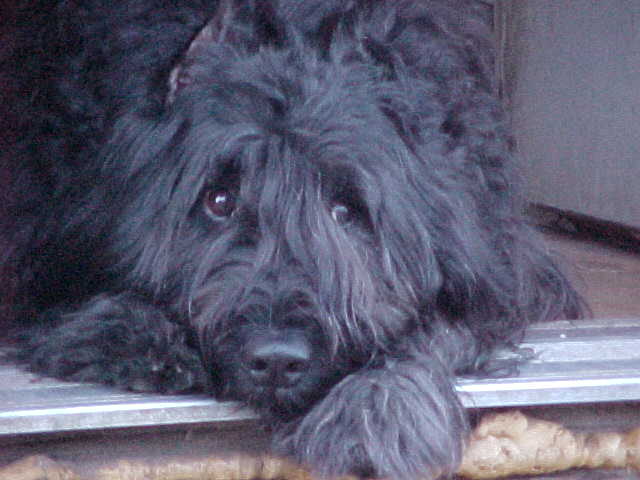 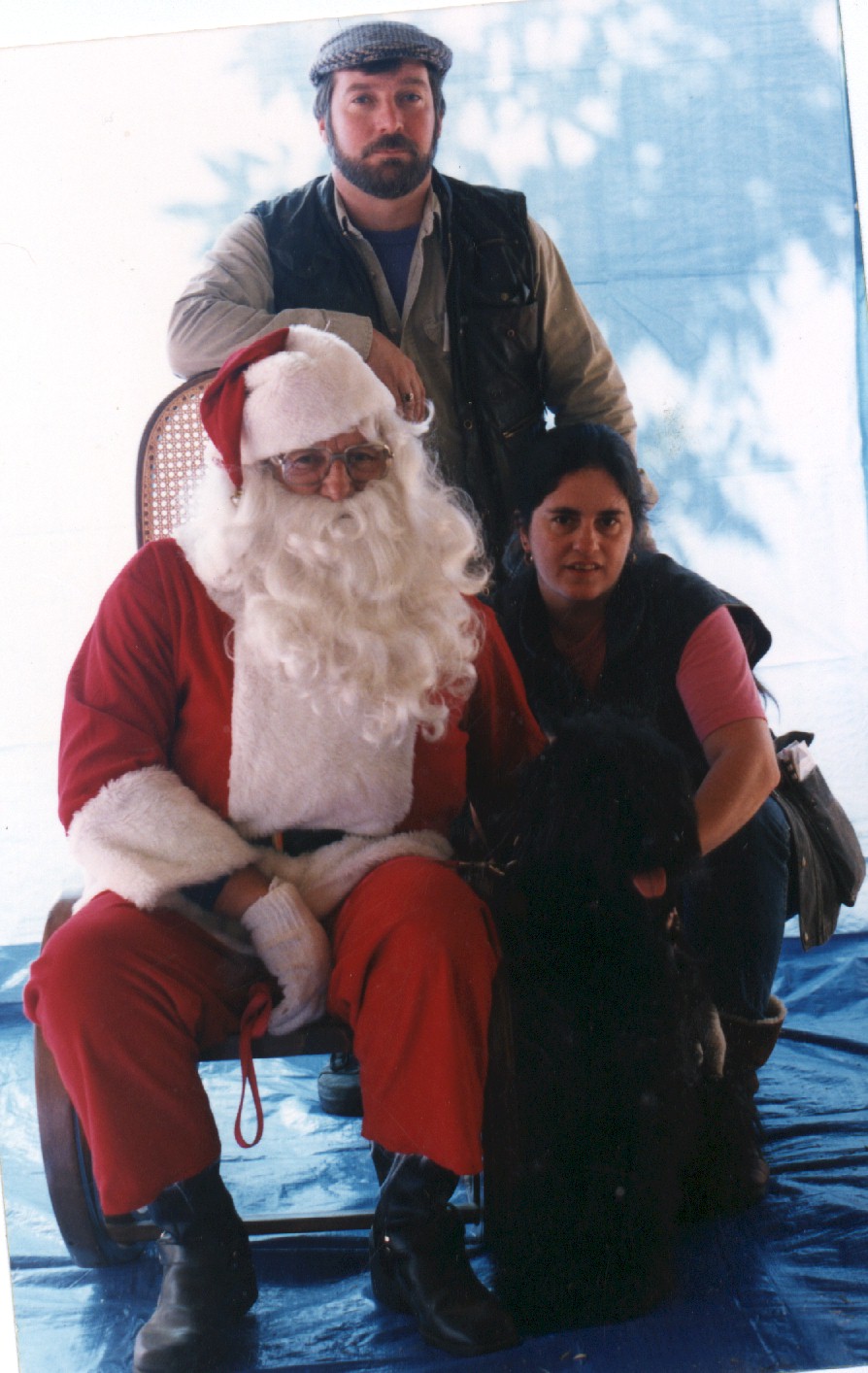 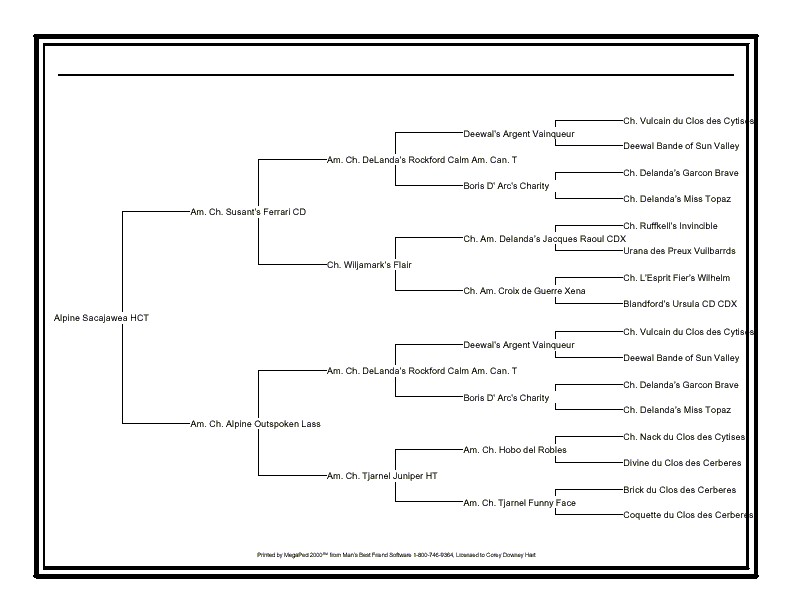 AKC Conformation: First points in October 2006 from the Bred-By class

Scout was my second Bouvier, and the result of a long search.  After having our first Bouvier, we learned the importance of finding a good, reputable Breeder.  After meeting Diane Morrill (of DiLyn Bouviers) through a chat/email list on Prodigy, we starting going to some of the local shows.  This led to us joining the Cascade Bouvier Club, attending more shows, and discovering there are a lot of good breeders in our area – much different from the one we got our first Bouvier from!  Finally the timing was correct, and we found the right pup for us – from Susan Signor of Alpine Bouviers.  The pup Susan had available was one she considered a show & breeding prospect, so she wanted to co-own her.  This worked out very well for me.  Susan handled & groomed Scout, and taught us a lot about Bouviers, showing, breeding and grooming.  For a novice, just starting in the world of purebred dogs this is certainly the way to go!

Scout was the dog I learned a lot of things on.  I started training her in Competition Obedience, dabbled in herding, and finally found the sport I like best – French Ring Sport.  Through Scout I learned a lot about what I believe is the “correct” Bouvier.

Scout was diagnosed with Osteosarcoma, a very aggressive type of bone cancer, on December 19th, 2003.  The location of the primary tumor was in the left rear leg.  We went ahead with the recommended initial treatment which is amputation of the leg.  Bone tumors are extremely painful so amputation is done as a palliative (pain relief) treatment as well as in hopes of removing the cancer.  In many cases when followed up with other treatments (chemo, herbal, etc.) to prevent metastsis of the cancer this allows the dog many more months, if not years of a happy life.  What makes Osteosarcoma so devastating is that while is usually starts as a bone tumor, it quickly changes and spreads to the organs as well as other bones.  The lungs are the most frequent site of the secondary tumors.

In Scout’s case, our best efforts were not enough.  She never had a chance to adjust to being three legged before the cancer spread very aggressively.  We could not stand to see her in so much pain, nor is it fair to leave anyone in that type of drugged or pained state when the prognosis is not good.  So on February 11, 2004 we said “See you next time, we love you Scout”.

Some suggested links on Canine Cancer:

The Canine Cancer Project
This site has links to articles, other sites, and the Yahoo lists.  The lists are a valuable source of information, and I recommend joining them.  They will give you a better understanding of what is happening, resources and questions to ask your vet.