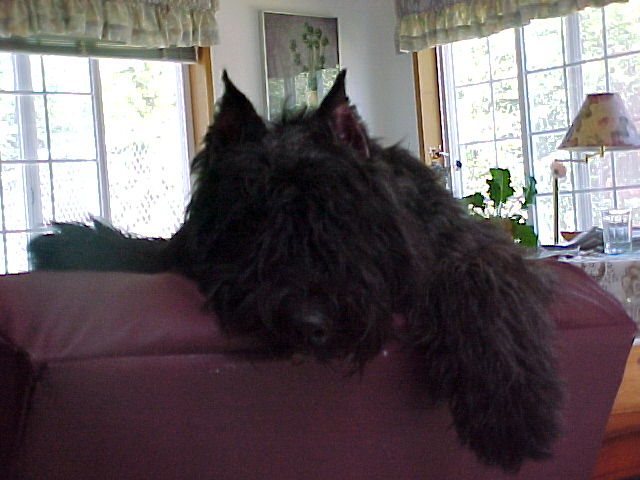 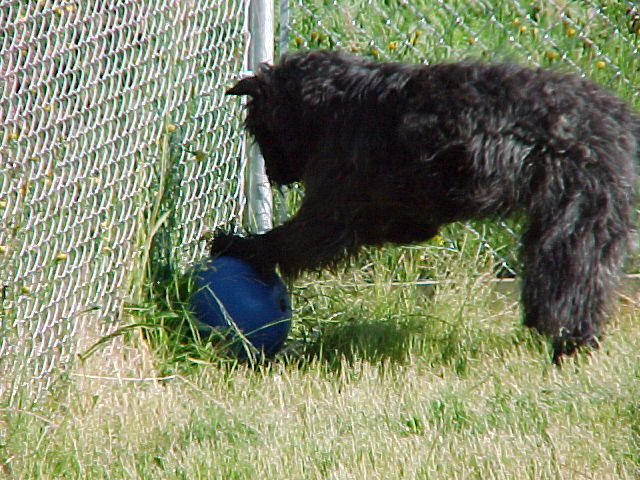 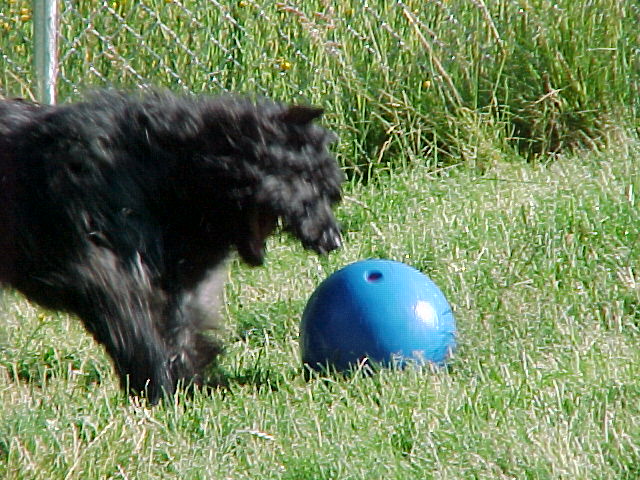 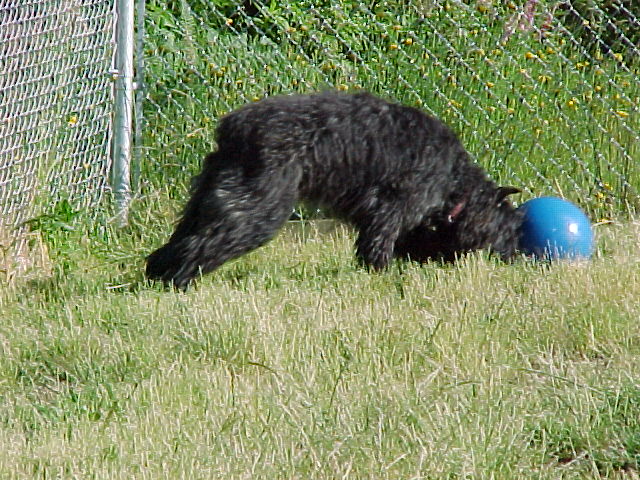 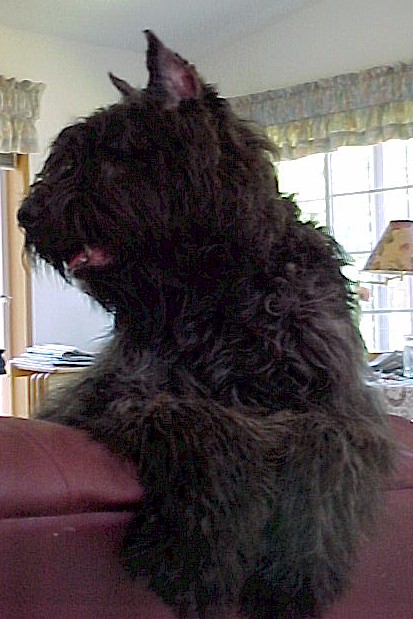 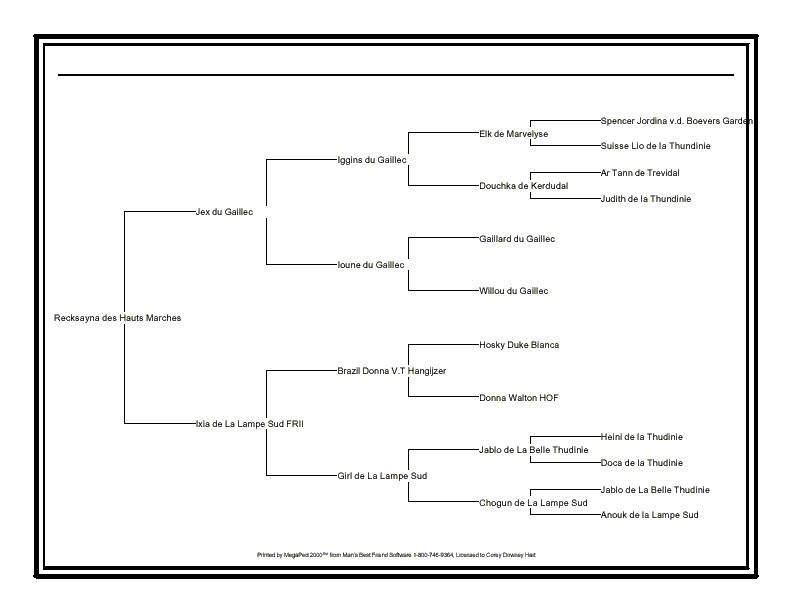 Corine Loubrey brought Recks to us from France when she was just a pup – 8 weeks exactly , as if she was any older she would not have fit in the carry on for the plane!  With the plane changes from Paris to Seattle, we did not want to fly her cargo.

She was a fun girl – very much attached to her family.  She was my first dog ever that was ball OBSESSED.  It is a fun drive.  She would chase the ball forever.  That drive lives on in her son, Tarzan.  It makes him very easy to work!  Her daughter Daiga just has the ENERGY and slightly warped sense of humor.  I like the ball drive though…

The end of January 2007, Recks developed a mild cough – it was an odd one, not like the normal Kennel Cough type thing, and when it didn’t go away in a couple days, on January 29th, I took her into the vet.  There were no real symptoms I could put my finger on – she was eating, energy was OK, maybe down a hair, and I thought she seemed a little bloated (not bloat – but if you are female you know what I mean)…but she wasn’t right.  The vet thought perhaps a doggy flu, and prescribed antibiotics.  They didn’t do any good at all, and she actually seemed to get worse from them – her appetite dropped.  I thought perhaps they were upsetting her stomach and took her off them.  She didn’t get better, and the abdominal swelling went from perhaps a little bloated to no doubt it was there.  So a week after the first vet visit, we were back in again.  This time he did a number of tests, including X-rays, blood work and removed some of the fluid that was accumulated in the chest cavity for cytology.  Recksayna was diagnosed with lymphoma, most likely Mediastinal, the next day, on February 6th.  Our vet referred us to an oncologist for treatment, as he had no suggestions.
We did start her on Prednisone and Lasix to treat the symptoms.

Naturally, I did much research prior to our appointment.  The prognosis for this type of lymphoma is not always good.
When I met with the oncologist, her only recommendation for treatment was Chemo therapy.  Her opinion was no matter what the other factors are, you just start the chemo, as they might do fine on it and there is no other option but to let the dog die.  She stated if I didn’t do chemo, Recks would deteriorate quickly and it would be a matter of a week, maybe a few weeks and that would be it.

I didn’t quite buy into that.  There are side effects from Chemo, and while it is often a great option for lymphoma dogs, I didn’t feel it was the right choice in this case as Recks was already ill.  So, we stayed with the prednisone and lasix for the time being and made the choice to consult a Homeopathic Veterinarian, and do more research on alternative treatments.

Recks bounced back nicely after the first week, and got back to pretty much her old self.  She chased the ball, ate her meals with great gusto, and took full advantage of being spoiled and indulged.  We made regular trips to Dr. Nordquist for acupuncture and to adjust the herbs she was getting.  She was a happy, active bratty girl until March 29th.  That day she was very quiet, didn’t eat and didn’t seem to feel well at all.  I called and got her some pain pills just in case she was in pain.  I knew that if she didn’t rally back again, it was time.

Recks died peacefully in her sleep in the early morning hours of March 30 2007.