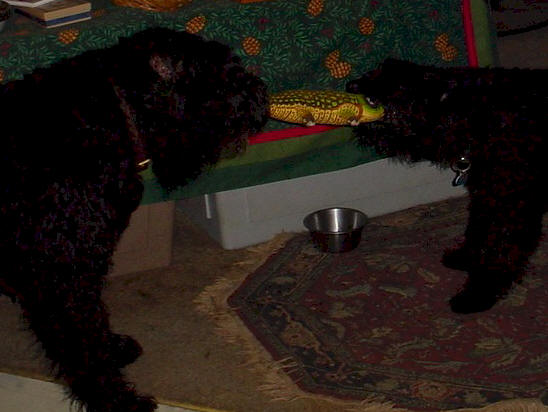 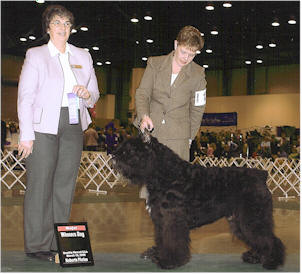 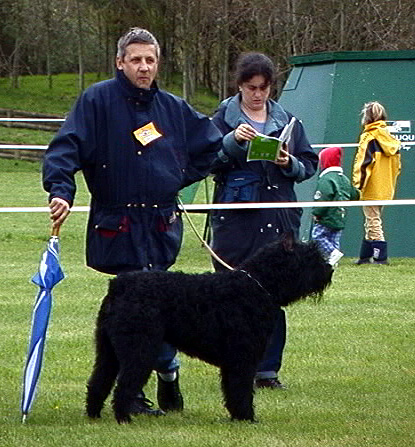 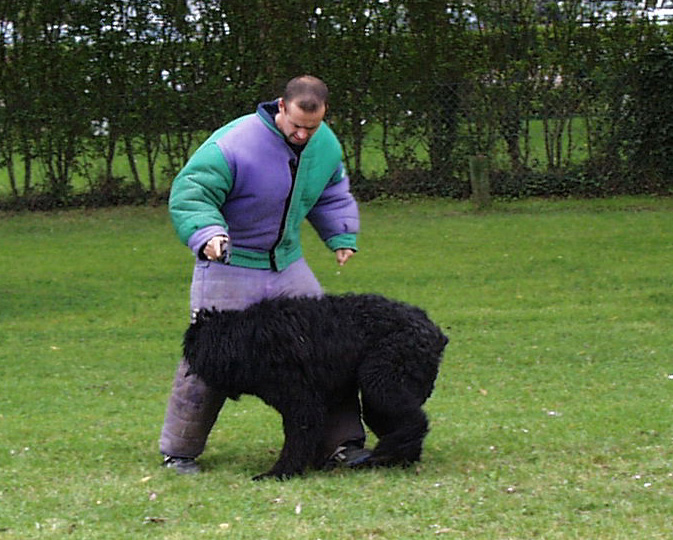 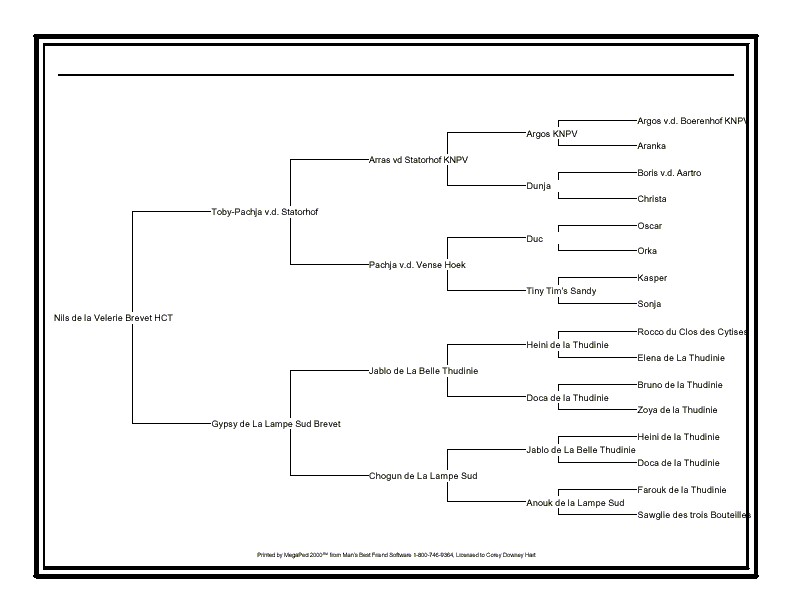 I got Nils specifically for his Ring training background & his working bloodlines.  He was 14 months old when I bought him.  Karin Caporal of de la Velerie kennels had spent time training him, but found that having two males was a bit much.  Since Loby was more advanced in his training, a half brother to Nils, and Karin had access to Nils’ bloodlines through has sister who lived nearby, the logical choice was to sell Nils.  So in January of 1999, Karin made the trip to the USA to bring Nils to me.

Nils has taught me how much I need to learn as a trainer & handler!  And reminds me constantly of the time it takes.  Unfortunately, the past couple years have been hectic and I have not been able to do as much training or showing with him as I would like.

Nils was also our first AKC Champion!  A big THANK YOU to our wonderful handler, Bonny Lewis, for handling him to his Championship in a bit over a year of limited showing,  including Best of Winners and Best of Opposite for his first “major” (On April 10, 2005 at the Timberland Kennel Club shows in Centralia, WA), his second Major at the Seattle Kennel Club Show in March of 2006 and his final point in Elma, WA in May of 2006 (going Best of Opposite and beating some very nice Specials).
Conformation showing will always take a backseat in our schedule to working – for both the dogs and us – but it is nice to have that title.

We lost Nils in 2009.  He had a tumor in his jaw, and faded quickly.  He is much missed, but we are fortunate to see him in his offspring.